James specialises in hot glass, and is a well-known glass artist outside of working in Technical Services. His artwork is in museums and exhibitions in several different countries, including the Victoria and Albert Museum in London, and The National Museum of Scotland. He has worked at the University of Sunderland since 2001, and even completed a Masters in Arts in Glass in 2004.

James Maskrey’s priority is our students. After completing his degree at Surrey Institute of Art and Design, now known as University for the Creative Arts (UCA) Farnham, he was invited to stay on for a year as an artist in residence. James could use the workshop facilities in exchange for teaching the students glass skills. That is where he discovered his love of teaching. 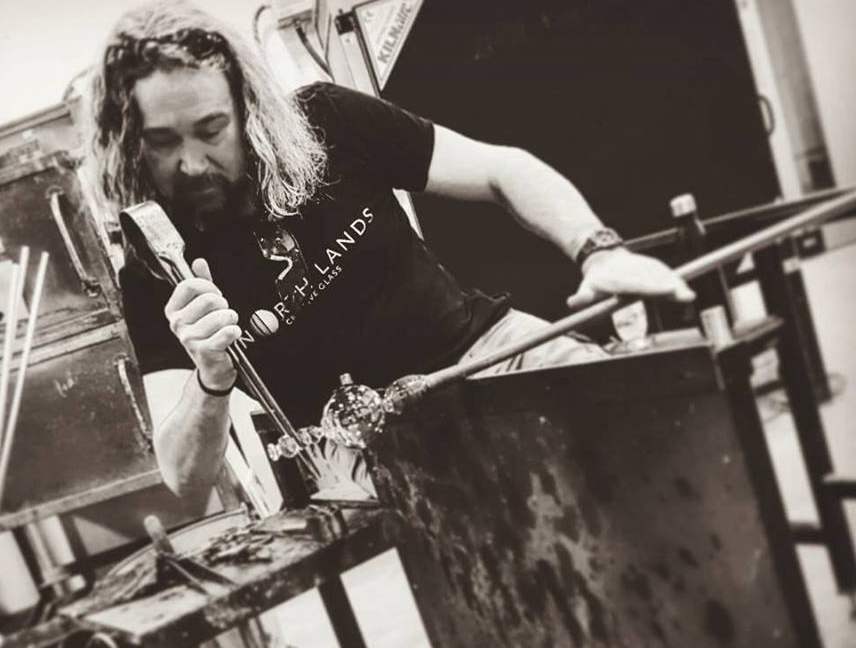 His job role falls into the category of demonstrator, but he has also worked as an Academic Tutor on various modules. He spends as much time as he can in the workshop helping students. Alongside his role at the University, James is often seconded to National Glass Centre to work with visiting artists, and is always keen to use current students as assistants to help him in the hot shop/workshop. This gives them the opportunity to gain experience in a protected environment. As James will be aware of their level of skill, he can help nurture them along the way. Pointing them in the right direction, rather than the student being thrown in the deep end with a complete stranger. It allows students to work with other glass artists, and help them gain valuable experience and contacts within the industry.

James Maskrey said, “Working with students is why I came to the job in the first place. I made the choice to work in education, I absolutely love it and that’s the big reward, seeing people develop and grow their skills.”

Over Christmas, James Maskrey completed an artist residency in the Maldives, where he worked at The Glass Studio at Soneva Fushi. While he was in the Maldives James was able to work again with one of our alumni, Erin Barr. When Erin was a student at University of Sunderland she was often an assistant for James, and he would always get her involved in artist projects. When the assistant’s job in the Maldives initially came about, they contacted James to find out if he could recommend anyone for the job, he suggested Erin Barr and provided a reference for her. She has since gone on to become a well-respected glassmaker and senior member of staff there.

As well as giving current students opportunities, James Maskrey also follows the progress of our former students. They often stay in contact with him, and get in touch if they need any advice, recommendations or references. If James has anything planned where he needs an extra pair of hands, he often turns to either current or former students to be his assistant. This summer James is teaching a one week course in Bavaria, and a former student will be going with him to be his teaching assistant.

James Maskrey said, “I love looking back at our alumni and seeing how well they are doing. I’ve actually gone on to work with quite a few of them after they’ve graduated on various projects.”

James likes to ensure his art is accessible to everyone. His work tends to incorporates vessels, which are often in shapes or objects that most people will be familiar with, such as jars or bottles. The vessels are used as a canvas for a larger story, and the objects he uses depend on the story he is choosing to tell.

James said, “I think if you make an object that people recognise, it immediately makes the work accessible, people associate with it. For example, they’ll see a bottle when they look at it and it doesn’t challenge them in any way. They look at it and think ‘oh it’s a bottle’, they’ll spot something in it and want to have a closer look and immediately engage.”

Arguably the large encased bottles are James tends to be recognised for, that is what is on display at the Victoria and Albert Museum. The two pieces in the V and A Museum are based on the Terra Nova Antarctic Expedition of Robert Falcon Scott. Another piece follows the same theme is in the Crafts Council Collection, named ‘The Worst Journey in the World’. It follows the use of a vessel, but is a jar containing three ‘Emperor Penguin eggs’ and has a penguin sat on the top. This lesser known part of the Terra Nova Expedition fits with James’ style. It takes a known event (the quest for the South Pole in this instance) and highlights a smaller part that expedition which not many people are aware of. If you were to look further into it, in this case the title of the work, you would be rewarded by finding out what ‘The Worst Journey in the World’ was a book written by Apsley Cherry Garrard that refers to a scientific expedition to recover Emperor penguin eggs from Cape Crozier. 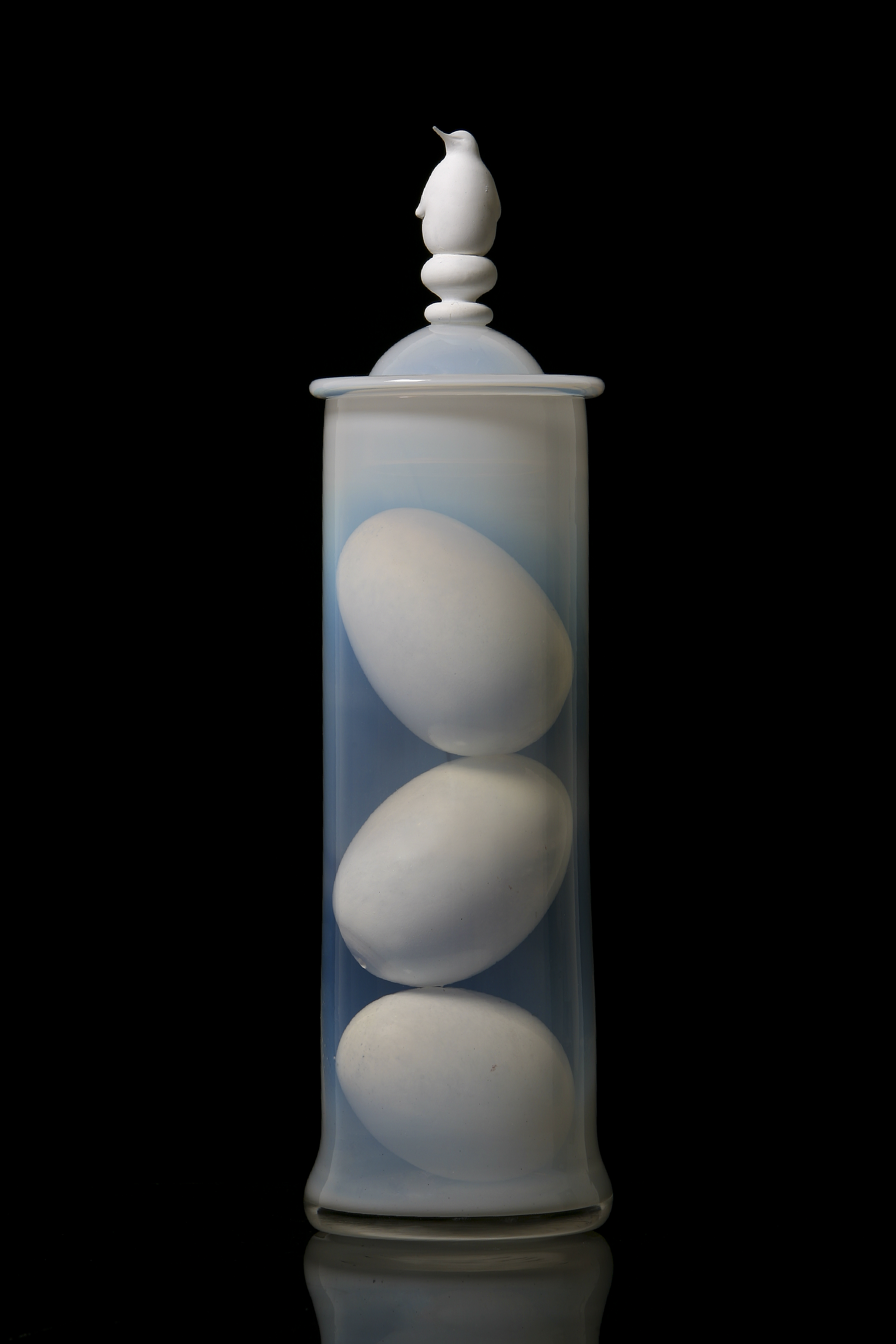 When asked how long he would like to work in education, James said, “I will keep working in education as long as I feel like can make a difference, and will only stop when I no longer feel like I am doing that.”